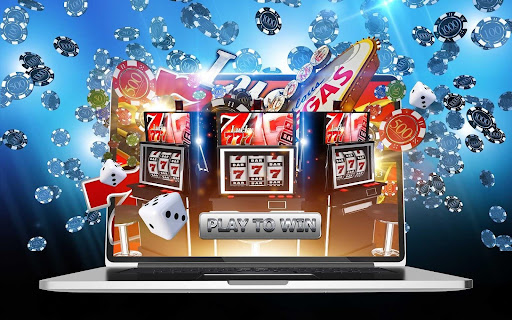 Emerging developers in the iGaming market

Online gambling, also known as iGaming, is one of the industries that have been experiencing significant rises in recent years, and one of the few that thrived last year, during the COVID-19 pandemic. Given the closure of most land-based gambling facilities around the world, online operators were able to attract a huge number of new customers, as the industry generated more than $60 billion in 2020. With projections of reaching over $70 billion in revenue in 2021, the iGaming market in the United States is going through a transformation, since many states in the country recently began legalizing online gambling.

As more US players are granted access to iGaming platforms, such as online sportsbooks and casino websites, the offer of games is reaching an all-time high, and slot games, certainly the most popular gambling activity in the world, are the focus of the many emerging software providers in the industry. The following developers are some of the youngest companies in the market today, and have been on the rise in recent years due to their focus on innovations, enhanced gaming experiences, and mobile gaming. Even though they aren’t the most experienced companies in this industry, these providers were able to create comprehensive game catalogs, and are currently featured in several iGaming platforms.

Established in 2013, Yggdrasil is one of the software providers that recently emerged in the market and already made a name for itself. The company was founded by a former NetEnt chief executive officer, and is currently headquartered in Malta, with active licenses from several jurisdictions, including Malta, Gibraltar and the United Kingdom.

Even though Yggrasil’s game catalog isn’t the largest available today (the company has around 100 titles in its portfolio), in part for being a relatively young company, many of its slots are among the most popular in the past months, with “Jokerizer” and “Holmes & The Stolen Stones” being the most played titles. Yggdrasil also provides keno and lottery solutions.

Certainly one of the most modest companies in the iGaming market, ELK Studios is a Swedish software provider that focuses on mobile gaming. The company was founded in 2012, in Stockholm, Sweden, and since then has developed a comprehensive catalog of mobile-first games, using innovative math models.

In its few years of existence, ELK has even earned some awards, such as the Game of the Year award at the 2017 eGaming Review Awards for the Wild Toro slot. Some of their most popular titles include “Platooners”, “Poltava”, and the “Electric Sam” series. Most of their slots also offer many special features, like bonus games and free spins.

Founded in 2011, Quickspin quickly grew into one of the leading software providers in the industry, offering, in addition to slots and casino games, several iGaming solutions, including management platforms, gamification tools, and customer experience products. The company currently holds licenses from the United Kingdom Gambling Commission and the Malta Gaming Authority, with offices in Stockholm and Malta, and over 100 employees.

Quickspin games are regarded as high-quality slots, as the company focuses on the visual aspect of its games, as well as their soundtracks. Its titles are also offered in social websites in free-to-play modes, in addition to online casinos. Their most popular slot is “Big Bad Wolf”, which received several awards and nominations in multiple events of the gambling industry.

Even though the company was founded in the 2010s, iSoftBet is among the leading developers, having managed to create a huge game catalog in much less time than industry giants like Microgaming and NetEnt. With headquarters in England and Luxembourg, iSoftBet holds licenses from multiple jurisdictions, including the United Kingdom, Portugal, Spain, Belgium and Italy.

With more than 250 slot titles, iSoftBet has been able to come up with several acclaimed games, including branded titles like Rambo and Paranormal Activity. Recently, its most popular titles are “Chilli Chilli Bang Bang” and “Best Things in Life”, and the majority of games include special features like free spins.

Booongo is the youngest company in this list, having been founded in 2015 in Curacao, and is best known for providing deep gaming experiences, from casino slots to skill-based table games like blackjack and baccarat. There are currently 49 slot titles in Booongo’s portfolio, with three new games coming out soon.

The company offers many games with Ancient Egypt and Ancient Greek themes, like “Book of Sun” and “Thunder of Olympus”, as well as Chinese mythology themes, featured in titles such as “Beast Saga” and “15 Dragon Pearls”, which is Booongo’s most popular title in recent months.