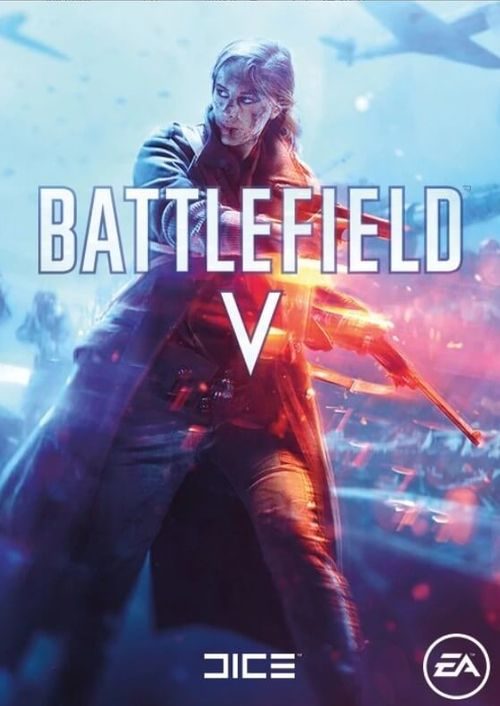 Get all Battlefield V 5 PC game key on stores in the cheapest price to download and play instantly. You can save money and time while you compare and buy from reliable stores. To activate a game, you may find an activation procedure below on the site and download the game and play with your friends (Multiplayer).

All the listed stores are safe, reliable and trustable. We are manually communicating and testing daily to provide the best price and services. If you save a game key on the platform, your game will be available in a specific platform library. Afterward, you will get access to free download video games at any time.

Get locked and loaded with Premier
Join to play Battlefield V Deluxe Digital Edition in full, access a growing library of EA’s latest and greatest titles, and get 10% off all Origin purchases.

Battlefield Currency
Get cosmetic items, new Elite characters, and more to take your game to the next level.

Historic battles, an all-new experience
Charge into unparalleled combat during pivotal moments in the early days of World War 2. Use modernized movement and weapon mechanics for an experience unlike any other.

Multiplayer
Clash with enemies in a mix of new and iconic multiplayer modes in a combat sandbox for up to 64 players. Fight for control points or battle it out until one team remains.

Plan every attack with Grand Operations
Battle across maps and multiplayer modes in up to 4 days’ worth of missions. Win or lose, how you fight affects the next day’s conditions in this powerful narrative experience.

Emmerse yourself in the stories of fighters caught in a large-scale war
The single-player War Stories portray the untold stories of WW2 with people facing brutal warfare filled with classic Battlefield moments. Take on unexpected stories of human drama across the globe. Experience freezing Norwegian landscapes, the desert heat of North Africa and more.

Unlock abilities & customise your Company
Use your personalised and customisable arsenal of weapons, vehicles and soldiers to maneuver into and exploit an ever-changing battlefield.

The Battlefield series goes back to its roots in a never-before-seen portrayal of World War 2. Take on physical, all-out multiplayer with your squad in modes like the vast Grand Operations and the cooperative Combined Arms, or witness human drama set against global combat in the single player War Stories. As you fight in epic, unexpected locations across the globe, enjoy the richest and most immersive Battlefield yet. Now also includes Firestorm – Battle Royale, reimagined for Battlefield.

• Firestorm – Battle Royale, reimagined for Battlefield. Dominate on the largest Battlefield map ever with epic weapons and combat vehicles as a deadly ring of fire closes in. Scavenge, fight, and survive to become the last squad standing.

• World War 2 as You’ve Never Seen It Before – Take the fight to unexpected but crucial moments of the war, as Battlefield goes back to where it all began.

• 64-Player Multiplayer in the Chaos of All-Out War – Lead your Company in all-out multiplayer with new experiences like the massive Grand Operations mode. Take on classic modes like Conquest or squad up with friends in the cooperative Combined Arms.

• The Most Immersive Battlefield Yet – Maneuver through the battlefield using a new soldier move set, fortifications, and mobile tools of destruction.

• Play Untold War Stories – Witness human drama set against global combat in the single player War Stories. Ski down Norwegian mountains as you battle for control of nuclear weapon supply lines, join the frontline with the French colonial troops, or go behind enemy lines in North Africa with a band of misfits sent to create mayhem.

• Tides of War – Embark on a journey where new content drops continuously transport you and your Company to a huge variety of key WW2 locations, where new battlefields and gear await.

Gods Will Fall PC
from among top 0 stores

Sword of the Necromancer PC
from among top 0 stores

Re:Zero: Starting Life in Another World: T...
from among top 0 stores

The Yakuza Remastered Collection PC
from among top 0 stores

Olija PC
from among top 0 stores

Blacksmith of the Sand Kingdom PC
from among top 0 stores