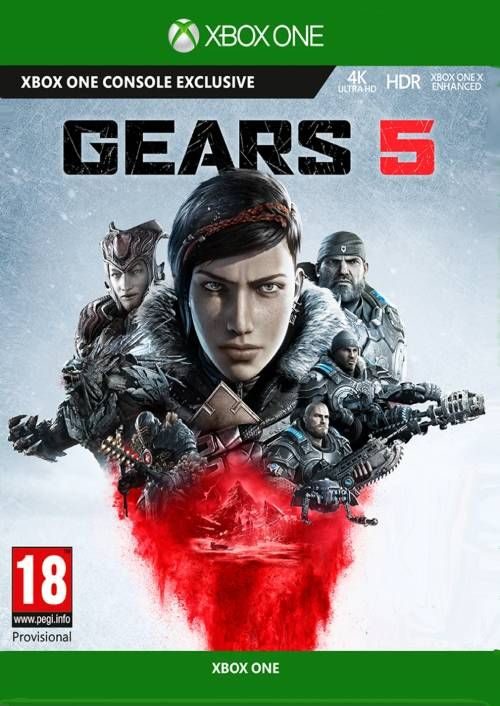 Get all Gears 5 Ultimate Edition with UK Retail Game Exclusive Weapon Xbox One game key on stores in cheapest price to download and play instantly. You can save money and time while you compare and buy from reliable stores. To activate a game, you may find an activation procedure below on the site and download the game and play with your friends (Multiplayer).

From one of gaming’s most acclaimed sagas, Gears is bigger than ever, with five thrilling modes and the deepest campaign yet.

Three-player Campaign Co-op: Battle alongside your friends in three-player online or split-screen co-op.

Tours of Duty: Rank up from new recruit to four-star general in Gears Tours of Duty. Take on new and exciting challenges, earn awesome rewards, and show off your loot.

Boot Camp: New to Gears or just a little rusty? Bootcamp is a fun way to learn the ropes, from the basics to advanced combat techniques.

Play as Jack: Play as Jack, your personal flying support bot that can protect allies and damage enemies – perfect for players new to Gears.

Visual Showcase: Play every mode in 4K and HDR at a smooth 60 frames per second on Xbox One X.

A Tale of Paper PS4
from among top 0 stores

Uppers PC
from among top 0 stores

Rusty Spout Rescue Adventure Xbox One
from among top 0 stores

NHL 21 Xbox One
from Kinguin among top 3 stores

Two Parsecs From Earth PS4
from among top 0 stores

Dustoff Z Xbox One
from among top 0 stores